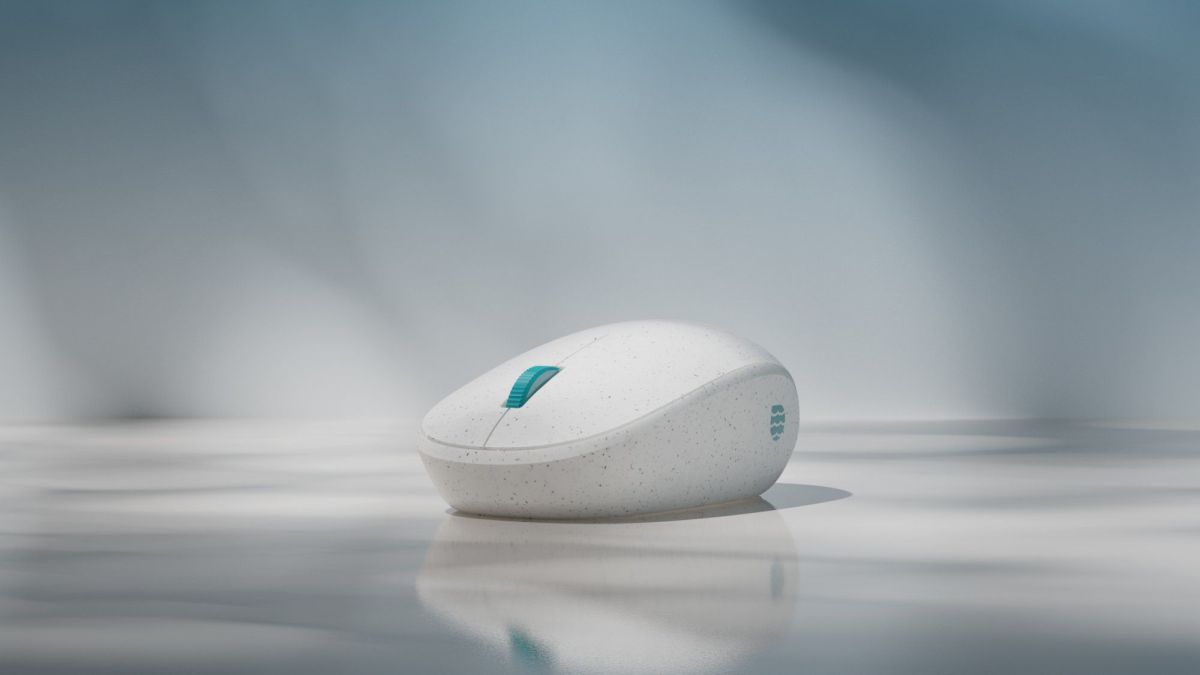 At Microsoft’s last Surface event, we saw many products that we expected to be announced… and some that weren’t. An example of this is a new computer mouse made in part from recycled ocean-bound plastic.

As reported by CNET, the mouse is made from approximately 20% recycled ocean plastic and stored in fully recyclable packaging. The goal of developing such a peripheral appears to be showing Microsoft that it is serious about committing to carbon negativity by 2030.

If you’re interested, the mouse can even be pre-ordered on Microsoft’s US Store for $24.99 and will launch on October 5, 2021. It will also be available worldwide on October 10, but we don’t have any confirmed global pricing yet.

Microsoft CEO Satya Nadella added some context at the Surface event, saying, “If you’re serious about innovation, you also need to be serious about accessibility for all and the sustainability of our most finite resource — our planet.”

Microsoft also plans to make company-wide changes to the materials used in the manufacturing of its products and packaging, so it’s very likely that its new mouse is just the first of many devices made from recycled materials.

Microsoft’s goal to become carbon negative by 2030 is ambitious, but admirable. And its goals align with several other major companies aiming for at least carbon neutrality in the next decade, including Apple, Google and Sky.

It may sound a bit strange at first glance, but in the coming years we may see more and more products from Microsoft and other hardware manufacturers made from recycled materials. We say it’s only a matter of time before Xbox consoles and Surface tablets are made from recycled plastics and components.

It would be a huge selling point for many, not least for the most environmentally conscious among us. Ultimately, it would mean fewer non-recycled materials are manufactured to make our favorite products, reducing the environmental footprint of participating companies.

It is difficult to say how much positive impact this will have on the environment in ten years’ time. AN study 2017 found that 100 companies were responsible for the majority of global greenhouse gas emissions, including oil giants such as ExxonMobil, BP and Shell.

Projects like Microsoft’s recycled mouse seem almost cute by comparison, but it’s a statement of intent anyway. We hope carbon negativity becomes more of a reality for companies other than Microsoft, as we probably need all the help we can get to curb the worst offenders.